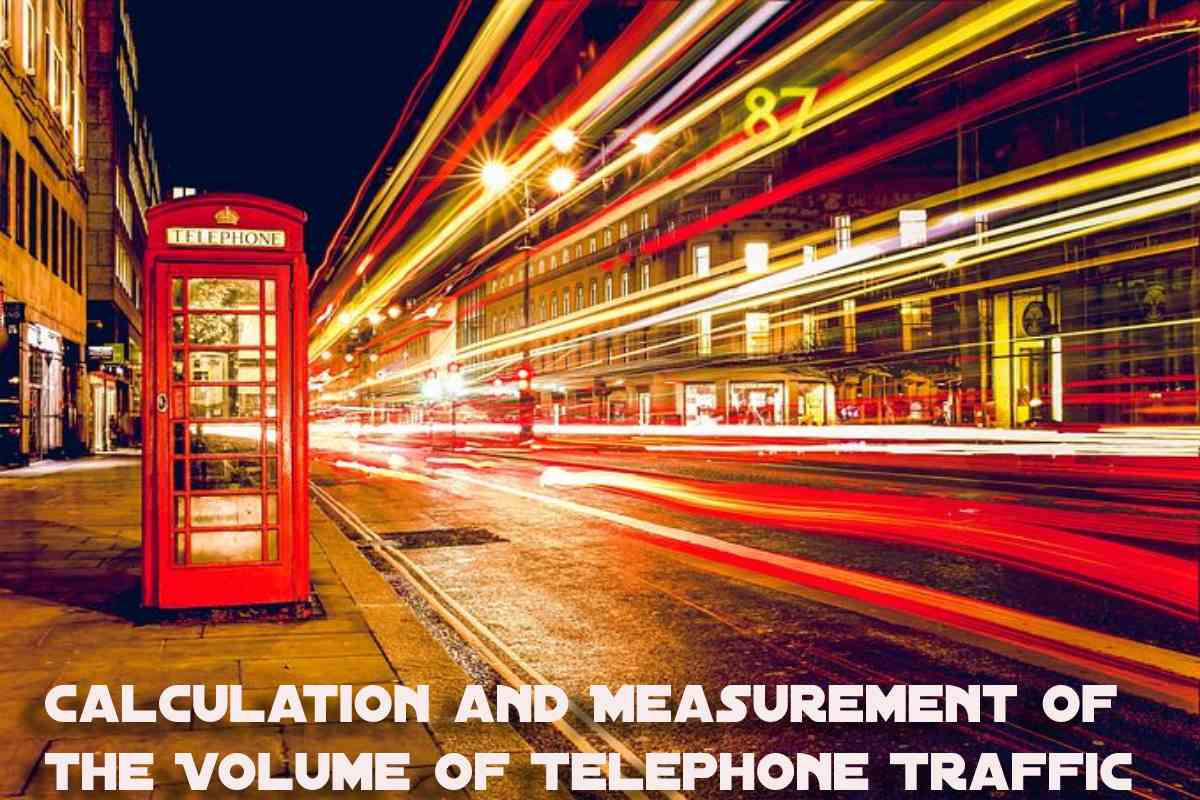 Telephone traffic and data traffic can be defined as the occupation of a channel or group of telephone or data channels. It is said that a channel, telephone, or data circuit is carrying traffic when it is busy, never if it is not in use. Erlang is used to measure traffic, which we will see later.

In practice, it can be said that telephone traffic occurs when there is communication between two subscribers through their respective terminals.

In addition, the equipment and intermediate circuits involved in this communication are also carrying traffic. Therefore they are busy.

In the case of a data circuit, it is said that it carries traffic when this circuit is busy transmitting data, for example, a pair of users who are exchanging files on their respective computers through a 64 Kbps data channel.

You Can Also Read This article Too: What Is Telematics? – Its Origin And Applications

Measurement of telephone and data traffic

Firstly, for the measurement of telephone or data traffic, the unit of time is used.

Secondly, telephone or data traffic depends on several factors, mainly on the number of calls and their duration.

It can be presented in different ways and randomly, but there are always statistical trends that allow us to identify the hours, days, months, etc., that have higher traffic.

You Can Also Read This article Too: How Is Technology Revolutionizing The LED Business?

Volume and intensity of traffic

The traffic volume (Vt) of a circuit is when said circuit is occupied in a given period.

For example, if a data channel is occupied for one hour a day, its traffic volume will be one hour.

If another Data channel is busy one hour a week, in the same way, its traffic volume will be one hour.

This concept can generalize to a set of channels or circuits, and in that case, it will be said that the traffic volume is the total sum of the occupation times of each channel or circuit. If the average time “d” of several calls “n” is known, we can find the volume of traffic, the unit obtained will be the same as that expressed by “d,” in that case:

The traffic volume by itself does not give specific information on how busy a channel or circuit can be. Therefore it is necessary to know what is the period with which this volume of traffic occurs.

This period is called the Observation Time or Reference Time (tobs or tref). That is to say:

It represents the Traffic Intensity, and they have the Erlang (E) as a unit.

You Can Also Read This article Too: Advantages Of Legal Technology In Document Creation

An Erlang is defined as the dimensionless unit of traffic intensity. The Erlang is independent of the observation time (tobs).

A telephone or data channel or circuit can never have a traffic intensity more significant than 1 Erlang.

In the same way that N telephone or data channels or circuits cannot have a traffic intensity greater than N Erlang.

You Can Also Read This article Too: Keyboard commands. The best keyboard shortcuts!

Traffic intensity is always associated with a period. Usually, it refers to the period of a specific hour, the so-called Loaded Hour.

You Can Also Read This article Too: 3 Ways Technology Can Improve Your Customer Service And Bottom Line

Calculation of channels or circuits

To calculate the necessary channels or circuits, the traffic rate and traffic intensity are analyzed.

For this purpose, the Erlang tables are used. There are different processes to perform the calculation.

You Can Also Read This article Too: PC freezes: Solutions

An office makes an average of 43 calls a day, each call has an average duration of 8 minutes, if the office hours are from 8:00 am to 6:00 pm (10 hours), and it is assumed that the calls are made Proportionally throughout the hours, however, it calculates the number of telephone channels required to make calls with a probability of loss of 1%. Consider that an unsuccessful call is not made again.

First, find the volume of traffic:

Since unsuccessful calls are not been made again, we will use the Erlang-B table, which can be found here. Then, we proceed to see in the table the number of circuits needed with a probability of loss of 1%:

You Can Also Read This article Too: Enable and disable USB ports

The columns (0.01 to 1.0) are the loss probabilities. The rows are the number of channels. The data inside the table are the Erlang.

As the exact value is not found, the closest higher value should always be taken.

This is seen in the chosen value of 0.8696. Then, according to the table, 4 telephone channels will be necessary.

You Can Also Read This article Too: Refurbished or new network equipment, which one to choose?

Review Calculation and Measurement of the Volume of Telephone Traffic. Cancel reply